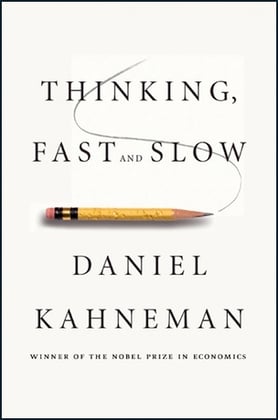 Have you ever wondered how your mind works? Have you ever desired to improve your judgement and decision making skills? In this week’s Knowledge Nugget, let’s delve into Thinking Fast and Slow by Daniel Kahneman.

The author Daniel Kahneman is a renowned psychologist and Nobel Prize Winner. And in his seminal work, Thinking Fast and Slow, he analyses the two modes of thought and how they affect our judgement and decision making.

Insight: Industry leaders who have better decision making skills and judgement can spot potential blind spots in their organisations.

Data: 71% of companies do not think their current leaders are capable of driving them into the future. (carrot)

What’s the step change: Learn how to harness both parts of the brain, and develop your judgement and decision making skills. 1. Two Systems in the Brain

According to Dr. Kahneman, there are two systems in judgement and choice. The first system is instinctive and instantaneous. Whereas the second system is more systematic and considered.

This system is considered as fast thinking. It is a reflex thought process. It usually does not take any effort or control and can be defined as an instinctive form of thinking.

This thought process is deliberate and considered. It usually takes effort and concentration. Often classified as slow thinking. It coincides with planning long term goals and strategies. It is the complete opposite of system one.

Make the systems work together 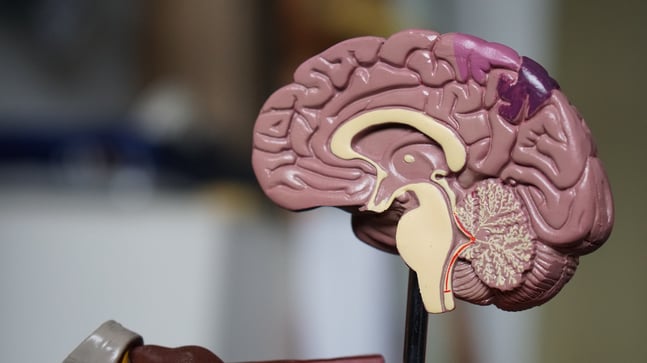 According to Kahneman, System one is the foremost of the two thought processes. This is because it is usually the thought process that we use on a daily basis. We use it to do our day to day tasks and overcome unforeseen challenges.

But this does not mean that System two is less important. Instead it should be counted as a support for System one. This is because system one is predominantly an instinctive thought process. And there will be times where system one is inadequate. Such as times where you need to take your time with tasks and plan things out. This is where system two really shines. Overall, the key to using the two systems is to have them work hand-in-hand.

One of the main differences between system one and system two, is the fact that system one cannot feel doubt. Whereas System two has the capacity for doubt because it often espouses two incompatible options.

According to Kahneman, the notion of risk taking is a totally human concept. It was created as a way to help humans avoid dangerous and life-threatening situations.

When it comes to risk-taking the two systems have a different approach. System one is usually geared towards what Kahneman defines as extreme predictions. The system one thought process is usually prone to jumping to conclusions and overconfidence, despite not having any evidence to support the action.

System two on the other hand bases its choices from memory. Thus system two is more likely to form ideas and biases according to past experiences. Although both systems have their merits when it comes to negotiating risks, they both have the same probabilities of failure.

According to Kahneman, overconfidence is the most significant of the cognitive biases. He also stated that human beings often draw implications that are causally wrong because simple stories of triumph or failure are sought with simple causation links.

Kahneman also stated that most people are predisposed to assumptions due to past experiences. And that by understanding the past, most people feel that they could also predict the future.

But in truth, we won’t really understand the past as we might think. This is because the key to understanding and comprehending the future is to adjust the language we use in relation to past beliefs. Overall, Language is important because it shapes our reality.

This type of Fallacy usually arises out of humanity’s attempts to explain the world with simple stories. Most people usually attempt to understand the world by linking events. We would rather believe a compelling story than any form of strong evidence. This is because the human brain  constructs flimsy accounts of the past and then believes them to be true.

According to Kahneman, hindsight bias has a pernicious effect on the evaluations of decision makers. It leads observers to assess the quality of a decision not by whether the process was sound, but by whether its outcome was good or bad.

If there’s one thing we should remember when making assumptions about the future, it is the fact that mistakes are inevitable.

And yet despite the risks of making a mistake, assumptions and optimism are still lessons to be learned.

The first lesson is that errors are a part of life, and that they will always be made. Secondly, we learn that confidence should be used as a scale of accuracy.

According to Kahneman, a majority of people are averse to risks. And that they would rather avoid it rather than face it.

According to Kahneman, people who face very bad options have a higher chance of taking desperate gambles. They would rather take a chance of making things worse in exchange for a small hope of avoiding large loss.

According to Kahneman, intense regret usually arises when you imagine yourself having done something other than what you actually did. It should also be considered as a form of punishment. This is because we often prescribe ourselves with regret when something goes wrong.

According to Kahneman, most people make decisions with their own interests in mind. And yet decision making is not solely based on people’s preferences. They are also based on experiences as well.

This stems from the fact that most decisions and preferences are mostly influenced by memories. And memories are not always a good basis for decision making.

This is due to the fact that memories, even short term ones are not infallible. And they can have a negative impact on your decision making skills.

Remembering self- This mode of thinking is rational, slow and conscious. It tells the story of the experience itself.

Experiencing self- According to Kahneman,the experiencing self is an example of the fast, unconscious and intuitive mode of thinking that operates in the present moment. It predominantly focuses on the quality of the experience in life.

According to Kahneman, each moment of the experiencing self lasts about 3 seconds.  The remembering self on the other hand puts importance on the most significant and intense parts of an experience.

Take for example, you are listening to a beautiful symphony. You enjoy a majority of the symphony, but at the end there is an awful screeching sound. And because of this your entire recollection of the memory is a negative one. During this experience both aspects of the self are used. The experiencing self is in the moment and totally enjoys it. But because of the awful screeching sound, the memory itself is remembered as negative.

Download our Knowledge Nugget on Thinking, Fast and Slow: