Why You Need to Have Explainer Videos in Your Marketing Strategy

Why You Need to Have Explainer Videos in Your Marketing Strategy

Video content is not an option for businesses anymore. If you want to succeed in your marketing efforts, video marketing is the answer.

One of the effective ways to leverage videos is by creating explainer videos. Below I share the top six reasons why you need to include explainer videos in your marketing strategy. Within these reasons are examples and case studies of how other companies boost their businesses through them.

A study about web use shows that people’s average attention span is 8.25 seconds. A separate survey also reveals that customers watch videos to learn how to use a product.

These are just two of the reasons why video is becoming the most prominent medium for businesses to get customers to know their product.

On average, a viewer watches an online video for 2.7 minutes. This time is more than enough to get your message across effectively.

For an explainer video to be effective, it needs to engage with your viewers’ emotion and communicate clearly why they should choose you.

Their hilarious launch video, which last a little more than just 1 minute has gained over 24 million views. What makes their video attention-grabbing? The creators used the first 17 seconds of the video to get to their main point. That fast.

Brainshark shares that 59% of senior executives prefer video over text. This is one of the reasons the explainer video is the best way, in two minutes or less, to communicate your business’s message.

No matter who is presenting it — whether it’s someone you just hired or someone who’s been in your company for a long time — you’re guaranteed the same optimised pitch is delivered to your customers.

A supplier of the enabling tracking and data communications network as well as a purpose-built set of software applications, Minetec came to us wanting to know how they can differentiate themselves from the competition, which was very technical.

During the workshop, the team was able to come up with a value proposition that speaks into the listening: “Stop working in the dark.” And this was translated through this explainer.

According to Search Engine Land,

“The presence of video itself affects the most important SEO ranking factor: content. Video is evidence of quality content, and as part of a media mix on a site, it helps send signals to search engines that your page or site contains rich media relevant to search requests. It is expected that search engines will continue to increase the ranking factor of including video as consumers demand video in search results. So having video on your site will boost page rank.”

3wks’ Managing Director, Andrew Walker, was one man with an idea for an IT services company when he approached us. With a small budget and an idea that took four hours to explain, we first nailed the business’s value proposition. Then we proceeded to create a website and a video explainer.

Because of the strength of their messaging, this led to Google’s promoting 3wks’ video and website. The result? A multimillion-dollar client in the UK that had Andrew flying over and signing a massive contract just three days later.

Everyone with a mobile phone watch videos online. In fact, Invodo states that 92% of mobile viewers share videos with others (source: Insivia). So when it comes to potential reach, video is matchless.

And businesses are taking advantage of this — in fact, an average viewer is exposed to about 32 videos in a month.

So to stand out in a video-populated online world, plan and produce a highly engaging explainer video, one that’s sure to catch your target audience’s attention.

Optimise it for sharing across all social media platforms, and upload it to video-viewing, smartphone-compatible platforms like Wistia, YouTube, and Vimeo.

Video Rascal conducted a survey and found that up to 85% of customers are highly likely to buy a product if they viewed the accompanying explainer video. Video helps viewers understand the message more than reading it in plain text.

The start-up company took advantage of the power of explainer videos by putting an explainer video front and centre on their website. In fact, that was the only thing web visitors see on their homepage.

Viewed over 750,000 times in one month alone, this resulted to thousands of sign-ups per day.

We learn a lot through seeing; in fact, 90% of the information our brain processes is visual. This explains why majority of the people — 65% of them — are visual learners. And with video explainers containing verbal and visual cues for learning, they are effective tools to communicate your remarkable message.

As a large Australia-wide organisation, our client AGL has a lot of internal messages that need to be sent out and absorbed by their staff. Most of these aren’t sexy — they are very important but functional messages, such as information on how to report hazards, ergonomics best practice, and updates to the workplace structure.

Our challenge was to find a way to communicate these messages in an engaging and interesting way so that they’re digestible.

So we transformed each piece of communication into a short animated video, featuring a mix of funny and interesting characters from popular fiction and history as actors.

To sum it all up, video helps increase customer engagement, makes delivering a pitch perfect every time, boosts your Google search ranking, gets shared easily, increases conversion rate, and aids in learning.

Video content is rapidly gaining popularity among consumers. Dollar Shave Club, Dropbox and our clients 3wks, AGL, Dropbox, and Minetec — businesses need to take a page from their book.

With these six reasons I shared, we can only conclude that explainers are effective messaging tools across BTB, BTC, and internal comms for larger enterprises. The question is, are you taking advantage of it? 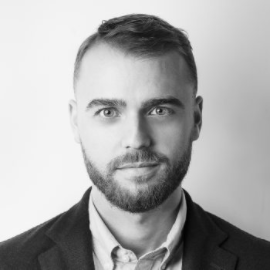 Domenico is Step Change’s Art Director and creative specialist — a multidisciplinary artist (without the angst) with the ability to understand strategy and bring creative ideas to life. He works closely with clients, building brands from the ground up, developing ideas and narratives in order to create engaging brand content.

Older Post6 Things You Should Be Doing to Engage Your Customers (But Probably Aren’t)
Newer PostWhat Does Leadership Really Look Like in a VUCA World? [VIDEO]