Invisible Marketing and the Hidden Drivers That Make Us Buy

Invisible Marketing and the Hidden Drivers That Make Us Buy

Several years ago, a home security company ripped the tops of their envelopes before sending them to non-customers.

To evoke an emotional reaction.

Each envelope was marked “Private & Confidential”, and people panicked when they thought someone had tried to open it. 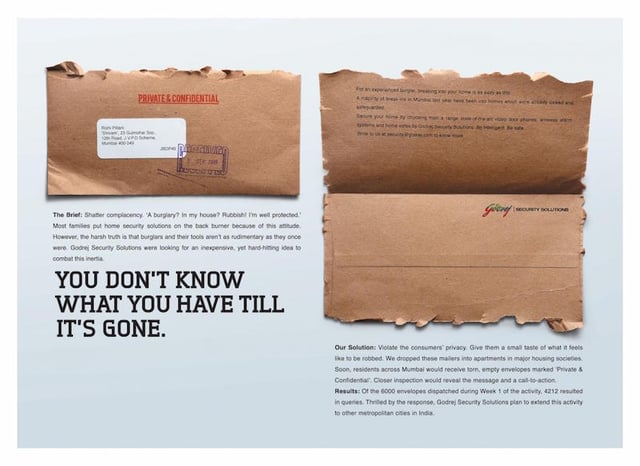 Of the 6,000 envelopes mailed on the first week, the company received 4,212 enquiries — a response rate of 70%. Extraordinary, considering many of us don’t bother opening our junk mail at all.

So, why did torn envelopes get such a big response?

Because it was confronting. The company had shown people how they would feel if their privacy was invaded.

Inside each envelope was the message, “For an experienced burglar, breaking into your home is as easy as this.”

Suddenly, people who didn’t own home security systems were considering them. The company hadn’t even sold the features of their product yet — they’d only evoked a negative emotional reaction from people and presented themselves as the solution.

This is one clever example of invisible marketing.

What Is Invisible Marketing?

As the name suggests, invisible marketing is the messaging we don’t see. It’s what’s received by the customer, rather than what’s said by the company. It’s the emotional response we feel toward a product during a certain time of day or the desire to purchase something without feeling like we’ve been sold anything.

(We’ve named the elements based on the concept of a marketing rocket.)

Let’s start with an explanation of triggers. Have you ever craved a midafternoon coffee break and suddenly felt the need for something sweet to go with it?

A good example is KitKat by Nestlé. It uses trigger marketing in the tagline: “Have a break. Have a KitKat.” The tagline and the snap sound effect of the chocolate bar breaking has successfully linked the ubiquitous “coffee break” with thoughts of a well-deserved KitKat.

With this tagline, the company has enjoyed significant market share for over 50 years.

KitKat is also a good example of what happens when leading companies deviate from their successfully implemented triggers.

In the 80s, they suddenly launched “The chocolate for active people”. It was a financial flop. Similarly, in the 90s, “Chocolate so good it’ll make you roar” had a negative impact on sales.

Why? Because the new taglines attempted to create entirely new triggers, connecting the brand with different daily activities. Essentially, the company was starting from scratch.

To save themselves, they kept reverting back to the original slogan in order to reactivate the existing trigger and reconnect with long-time customers.

This refers to frame of reference. How you frame your message — the context you surround it with — influences how customers receive it.

For example, one US environmentalist group attempted to reduce shark hysteria by publishing the number of shark attacks that occur annually. They wanted to highlight how small the number is.

That failed to reduce hysteria because the audience wasn’t given any frame of reference; the environmentalist group hadn’t converted the abstract into an actual. After all, when compared to nothing, the number of shark attacks sounded significant.

Later, they introduced a frame of reference by converting the abstract number into an actual example. They asked, “What’s more likely to kill you: a shark or a deer?”

Nobody viewed deer as particularly deadly — but the facts showed that people were 300x more likely to die as a result of a deer-related accident than a shark attack.

The frame of reference was clear, and suddenly, shark hysteria subsided.

Fuel refers to removing obstacles in the way of a customer’s path to purchase. (In other words, adding fuel to the marketing rocket so it reaches its destination faster.)

Simplifying the path to purchase is important because, when presented with steps that involve decision making, people nearly always choose not to do something.

Why? Because decision making requires brainpower. It’s easier to do nothing.

Here’s the perfect real-life example of decision avoidance: Germany and Austria sit side by side in Europe and speak the same language. Despite their similarities, Germany’s organ donation rate is 12% while Austria’s is a massive 99%. 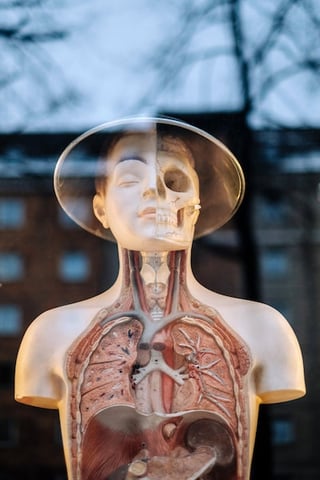 Why such polar opposites?

The answer is absurdly simple. On each country’s driver’s licence application/renewal form, one question is worded slightly differently:

“Tick this box if you want to be an organ donor.” (Germany)

“Tick this box if you don’t want to be an organ donor.” (Austria)

Nearly everyone leaves the box blank.

Why? Because it’s easier to do nothing.

Let’s look at one more example. In Europe, car company Audi took advantage of this concept and reaped the rewards. Rather than introducing customers to their midrange cars and then trying to upsell additional features, they started with the highly customised versions.

Then, it was up to the customer to decide whether or not to remove certain features in order to get a simpler, cheaper model.

Audi’s sales increased by an average of €1500 per car — proof that customers nearly always avoid making decisions, even if it means paying more.

“Be so subtle that you are invisible... Then you will control your rivals’ fate.”

Addressing the Synergy Problem in Procurement Teams and Marketing Agencies