The latest economic figures released by the Bureau of Statistics show that the Australian economy is slowing down. What can businesses do to thrive in a recession? We turn to one of history’s greatest strategists and a ruthless warrior, Genghis Khan.

Insight: Businesses are impacted by less growth and a drop in consumer spending due to increased unemployment in a recession. Many of these businesses may need to lay off workers from financial losses.

Data: Australia’s world GDP growth this year is at 2.6 per cent, showing an obvious drop from last year’s 3.2 per cent. Two-thirds (67%) of Australian employers have seen an increase in staff turnover in the last three years. (Business Insider)

What’s the step change: Learn Genghis Khan’s key strategies to help you make the best out of a period of recession.

Australia’s global economic growth is expected to hit an eight-year low at 2.5% next year, with the US-China trade war weighing down on the global economy.

Financial experts say interest rates in the market will be lower in five years than they will be in two years, a warning sign for a recession. A drop in the growth of hours worked also means Australia’s underemployment remains a looming problem.

With these troubling signs of a recession evident today, turn to one of history’s greatest strategists, Genghis Khan, and use his insights to help with your business strategy.

Genghis Khan is perhaps best known as the Mongolian ruler who conquered individual tribes throughout Asia and united them all under his rule, building the largest continuous land empire the world has ever seen, arguably making him the greatest conqueror the world has ever known.

While modern business leaders have much to learn from history’s great strategists, these insights should be taken with a grain of salt and applied according to your specific circumstances today.

These are some of the insights and strategies you can learn from the Great Khan.

Genghis Khan knew that people win wars. His strategy? It wasn’t nepotism. It was meritocracy. He appointed allies rather than relatives in key positions and trusted their leadership completely.

The opportunity here is for you to review your staff through the lens of meritocracy, making sure that when times are good, you didn’t make poor calls on the right people on the right seat. Focus on skill, experience, and the quality of your employees.

Genghis was also known to adopt talent from his competitors or conquered people. Some of his reliable generals were his former enemies.

In this day and age, this can mean looking at your competitors’ greatest talent and using LinkedIn to see if you can pull some of those generals across to fight on your side.

Empower your leaders by giving them autonomy to make the right decisions. Allow them to explore new ways of doing things and enable them with the support they need to address challenges and work through them.

To Genghis, it wasn’t about the number of people fighting with him; it was superiority. He won against armies of far greater numbers through having better generals, better leadership, better deployment, and better strategies. But it started with the right generals and the right structures based on merit.

“Be of one mind and one faith, that you may conquer your enemies and lead long and happy lives.”

Contrary to popular belief, Genghis was incredibly open-minded, tolerant, and appreciative about the cultures and points of view of his newly conquered territories.  He was able to include techniques, artisans, and skilled labour professionals from conquered people.

In his reign, he incorporated siege warfare techniques into his previously cavalry-based army.

Today’s business landscape makes competition ruthless but smart. We see the rise of innovators and industry shakers who are brave enough to shake the status quo, giving us new insights into what is possible today.

To prepare for tough times ahead, be open minded to best and next practice. Be curious about how your competitors or best-practice providers in adjacent categories go to market.

What are they using across marketing, customer service, and systems that brings value to their customers that you could integrate within your business?

Watch how your worthy competitors do business and learn from them. Doing this allows you to evaluate your own strengths, explore what has not been done, what can be improved, and then build the right strategy.

Man’s highest joy is in victory: to conquer one's enemies, to pursue them, to deprive them of their possessions.

When engaged with a numerically superior force, Genghis was unlikely to stand in the head-on battle. Feint and retreat are effectively the principles of predatory marketing combined with the startup approach of test, refine, and repeat.

Predatory marketing is all about striking the weakness that arises out of your competitor’s greatest strength. It also requires answers to the questions: “Who’s got your money, and what is your relative advantage?”

If you are facing larger competitors, don’t be afraid to test your predatory messaging in either PR or targeted campaigns to see whether your target audience would respond. In committing or fighting back, they may overcommit or give you an advantage in PR that you can use to grow your business, engage customers, and get noticed.

Genghis Khan and his generals were excellent at adapting to changing conditions. When they found out that their usual tactics proved ineffective against protected cities, they swiftly changed methods and used bigger weapons inspired by Chinese, Arab and Persian designs. Their agility allowed them to penetrate even walled cities.

When it comes to leading in today’s ever-evolving business landscape, take your cue from the Mongolian warlord.

Scanning the environment for market changes can help you identify new opportunities and relative advantages before your competitors act on them. It also helps you be aware of any potential threats that can impact business continuity and address them before they affect your business.

Knowing the current state of today’s business environment can help you better align your strategy not only to accomplish your goals but to meet the changing demands in the marketplace.

No strategy can ever be effective without doing your research and evaluating how significant changes in today’s business environment can impact its success. No matter how big or small a business is, doing regular scans for market changes can help you stay abreast of what’s happening in the business landscape so you can refine your strategy as necessary.

“I leave you the greatest empire in the world, but your preserving it depends upon your remaining always united. If discord steals in among you all will most assuredly be lost.”

Genghis Khan was known for being ruthless conqueror, but he was also a strong ruler, a feared warrior, and effective leader.

Khan was known to develop tightly coordinated battle plans, even when most of his men are illiterate. He did this effectively by making his men sing and use rhyme to make messages and military commands memorable.

Businesses today can learn a branding lesson from the great Genghis Khan.

To continue to thrive through tough economic times, find ways to extend your territory. Conquer new audiences. Expand your customer base. You can do this by building your brand aggressively while integrating it into all aspects of your business.

Whilst businesses will likely cut back on marketing during a recession, this is exactly when you need great marketing: to improve the customer’s overall perception of your business and make your brand memorable.

Research has shown that most of the consumer's buying decisions are partially memory-based. With effective marketing, you create and strengthen positive brand memories that will compel people to buy from you.

“The strength of a wall is neither greater nor lesser than the courage of the men who defend it.”

Inexpensive acquisition means a low-risk conquest. A smart merger & acquisition approach is one that’s programmatic. This strategy is inspired by McKinsey’s Strategy beyond the Hockey Stick, which, I think, was inspired by Genghis Khan.

A programmatic approach to M&A says instead of doing large conquests, where it can be an all-in high-risk approach, you need to be building strength by building capability.

As a result, you are focused on building capabilities of excellence in acquisition that become a business advantage. By taking on many smaller acquisitions, over time, you build a competency, on a path to mastery, around prospect selection and criteria, negotiations, systemisation of integrations, cultural momentum, as well as the creation of amazing opportunities for your staff to grow and develop.

“One arrow alone can be easily broken but many arrows are indestructible.”

It is difficult to predict what happens in an unstable economy. Market changes will test today’s businesses and their ability to bend and adapt to survive. But when push comes to shove, businesses will only be as strong as the people that make it, its core foundations and strategies, and the best and next practices they embrace.

PS. If you're interested to learn more about Genghis Khan, here's a book I enjoyed: Genghis Khan and the Making of the Modern World — a well-researched and engaging book that paints a refreshing picture of Khan as an influential leader through the centuries and across the world. 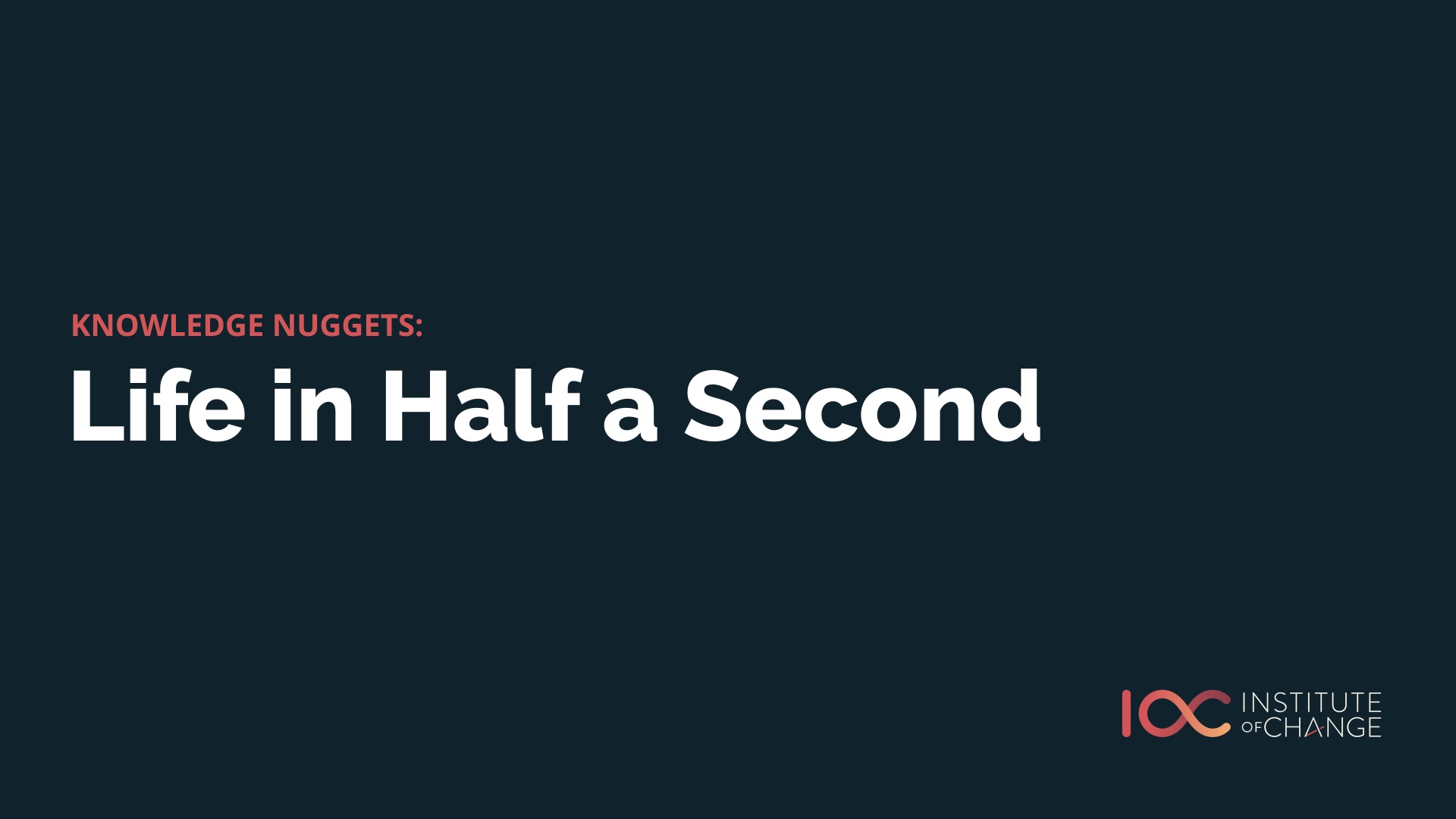