In this series, we use the Step Change creativity tool to show how some of history’s greatest strategists might apply their strategies to the current crisis. The strategist for the day is the renowned innovator and American industrialist who revolutionised the automobile industry, Henry Ford.

A Life Built On Simplicity and Value

While there are better things to do than get stuck in traffic, one can’t help but marvel at the vision and innovation that has forever changed the way we work and travel. It is thanks to American industrialist Henry Ford and his revolutionary work on new mass-production methods that we’re able to get around so easily in the first place.

It may not come as a surprise that the former Edison Illuminating Company engineer (who built his first gasoline-powered horseless carriage in the shed behind his home) would be the same person to establish the Ford Motor Company. However, no one was prepared for the implications of Model T and the overwhelming demand for the revolutionary model.

This led to the creation of mass-production methods which led to the world’s first moving assembly line for cars. By opening large production plants and introducing the use of standardised and interchangeable parts, Henry Ford not only allowed Ford Motor Company to turn out one Model T every 24 seconds — but he had also effectively converted a luxury item for the wealthy into an affordable, efficient, and reliable automobile for the average man.

Not including his anti-semitism and pacifism, business leaders can take a leaf out of Henry Ford’s book to cut costs, outsmart competitors, meet customers needs and build their Minimal Viable Product (MVP) by simply building on the idea that simplicity paired with value can unlock competitive advantage and pass along efficiencies. 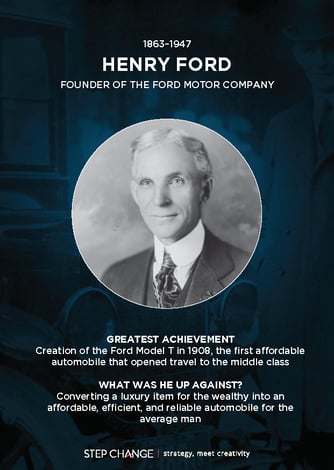 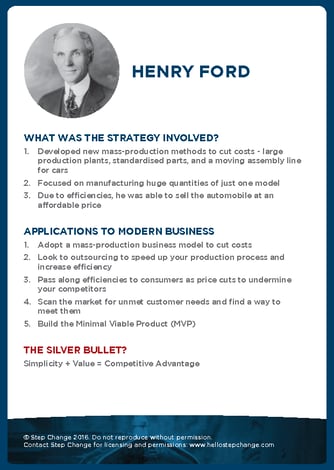 His Greatest Triumph: Creation of the Ford Model T in 1908, the first affordable automobile that opened travel to the middle class.

An Interview with Henry Ford, Founder of the Ford Motor Company

As a way to look deeper into Henry Ford’s psyche, we took time to book a virtual interview with him. Here is a short (and imaginary) interview between historian Chris Bishop and the man himself.

Chris Bishop (CB): Welcome Henry. Thank you for taking the time to share some of your thoughts with us today.

Let’s start by going right to the core of your success and ask you what you see as your greatest achievement?

Henry Ford (HF): When the age of the car commenced in the late-nineteenth century, it was a rich man’s game. My vision was to produce a car that ordinary people could aspire to have. To this end, we created the Model T which dominated the market for decades.

CB: How did you manage to produce a car at such an affordable price?

HF: Although I claim no credit for inventing the automobile or the assembly line, we took the concepts and innovated them. Those innovations revolutionised the transport industry worldwide. The first petrol driven car was of course built by Gottlieb Daimler and Karl Benz eleven years before I built my first car.

CB: Let's change tack a little and get you to give us a brief overview of your career.

HF: I was born in Michigan, USA on July 30, 1863. I was fortunate upon leaving school to undertake training and worked for the great Thomas Edison at his Illuminating Company.

In 1899 I set up my own auto company which I called The Detroit Auto Company. Unfortunately, it went bankrupt after only a year of operation.

In 1901 I re-entered the market with the Ford Company but left after a dispute with some of the other shareholders. In 1903 I founded the Ford Motor Company which was the birth of the auto company you see today. I had learned several lessons from my previous experiences.

CB: It shows that even some of the great and famous people in history have experienced failure. The secret is of course to learn from them and not make the same mistakes again.

Let’s now return to the great story of the Ford Company and its development of the assembly line. Can you tell us all about it?

HF: The success of the Model T and the moving assembly lines fuelled each other. The original assembly line had produced over 15 million vehicles by the time it closed in 1927.

The manufacturing model proved invaluable during WW2. The line at Willow Run was a mile long and by the end of the war, it had produced nearly ninety thousand planes.

CB: You were, at one stage, one of the world’s richest and well-known men. Your manufacturing plants around the world are run on the concept of mass production of inexpensive goods, coupled with high wages for employees. What was your vision when you started?

HF: My vision is that consumerism is the key to peace. The systematic reduction of the cost of everyday living requirements led to the continuation of technical and business improvements. Through this, all society levels can share in the gains delivered.

CB: You’ve been quoted many times with gems like “A customer can have a car painted any colour they want as long as its black”. What else would you like to leave for business leaders?

Note: Henry Ford passed away in 1947 of a cerebral hemorrhage at the age of 83. 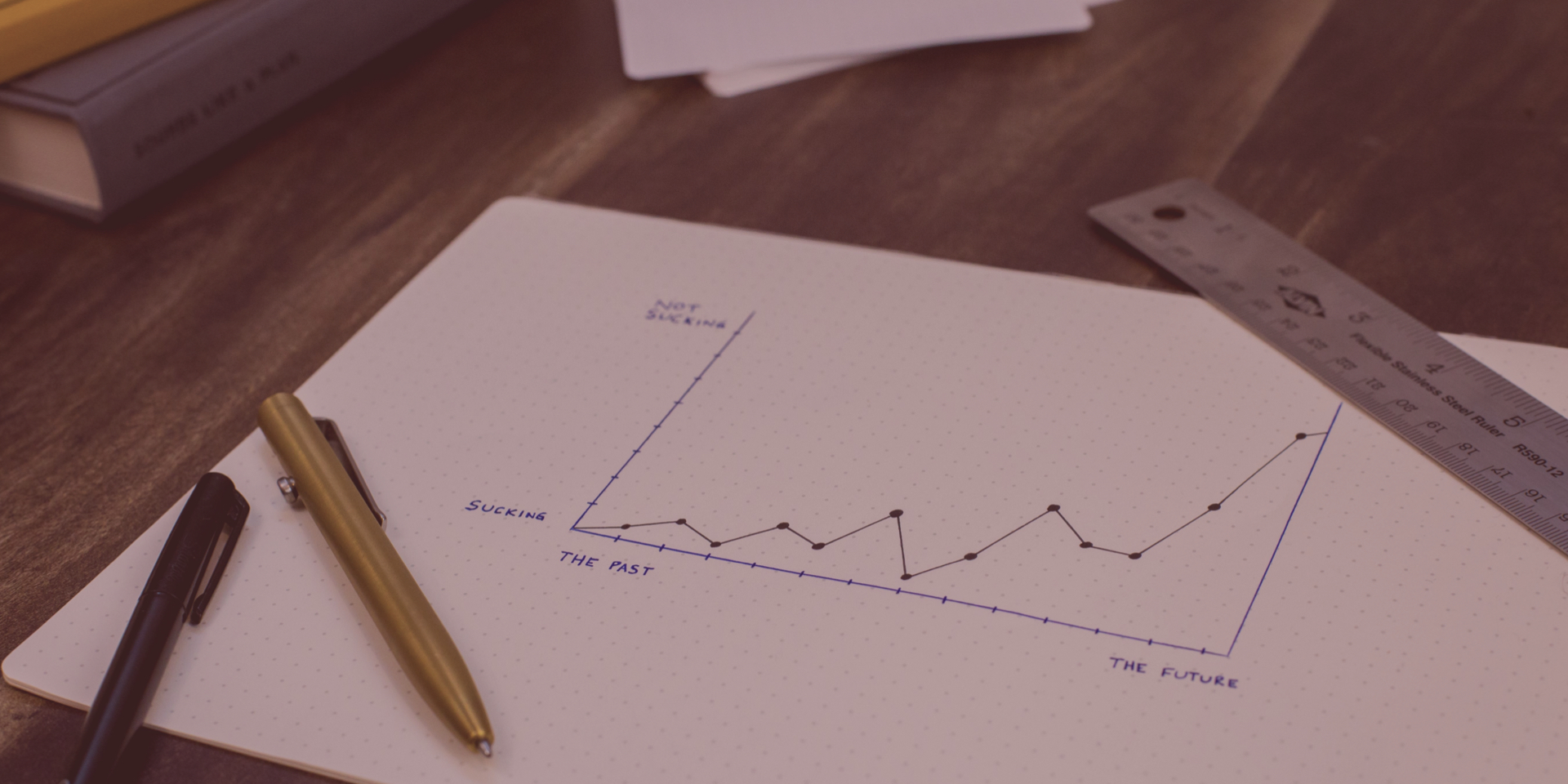 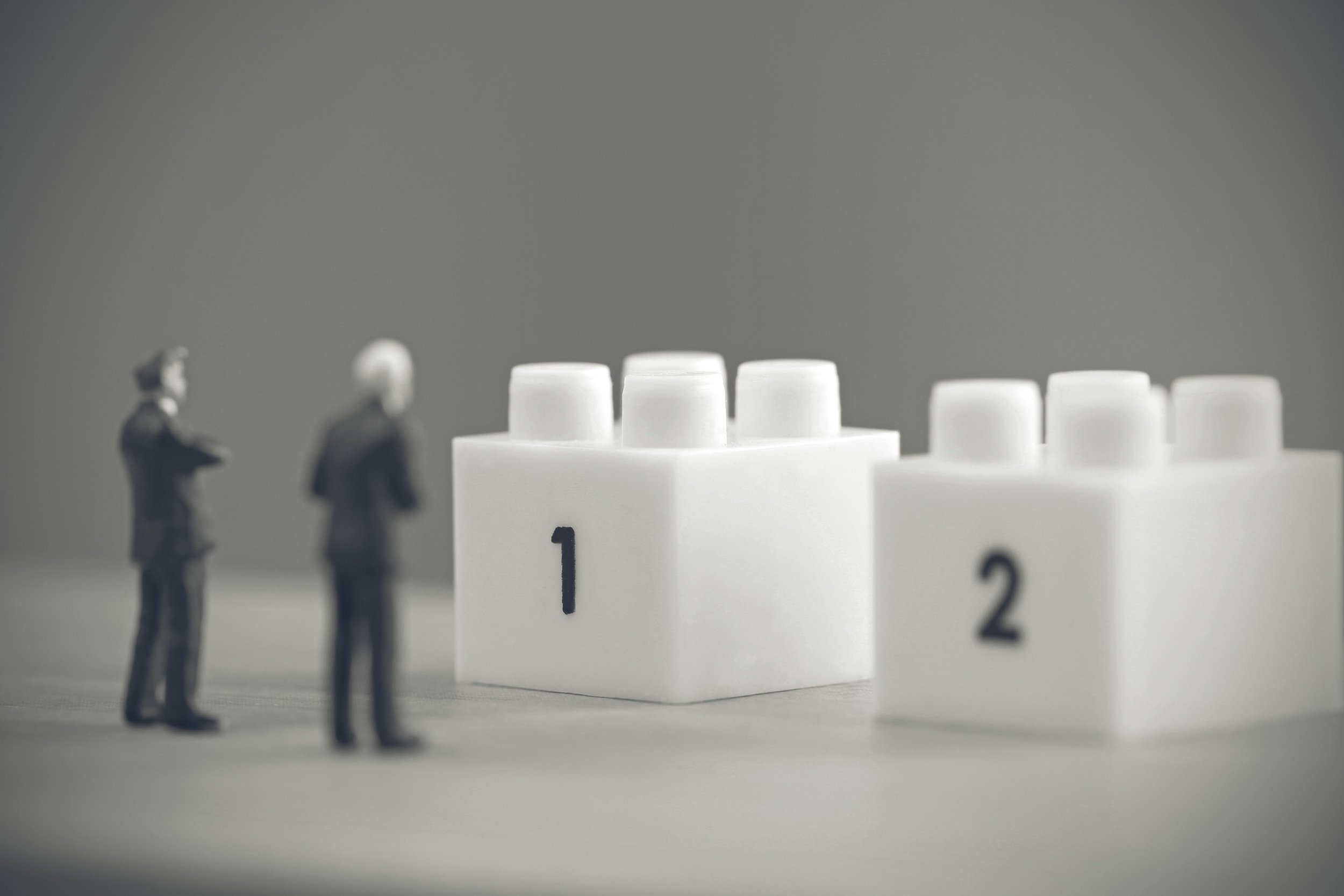