In a world where margins are thinning and the internet has made so much available for free, Adam Long, Executive General Manager at Step Change, explores eight ways to find value in commodities.

Nobody wants you to make money. Frankly, your customers will look for the cheapest answer to their needs. Even your most loyal customers cry out: “I’ll take the lowest of three quotes. A discount on last year, please. You’re not making money off me, are you?”

Worse, it feels like your competitors don’t want your industry to make money either. They’re giving industry secrets away, packing in more value, charging less, offering free delivery, taking a slightly smaller margin each year. It’s all you can do to drop prices — just to stay in the game. Your industry is on a path to commoditisation, and when that happens, nobody wins.

And it’s all been compounded by business models going online. The first victims were the music and film industries, where easy copying of an mp4 destroyed the value of a disc. Airlines struggle with competition for lowest prices, petrol stations by law have to list their prices online, real estate agents now compete with the combination of online advertising and DIY, and retailers and distributors are slowly but surely being decimated by Alibaba’s factory-to-consumer model. 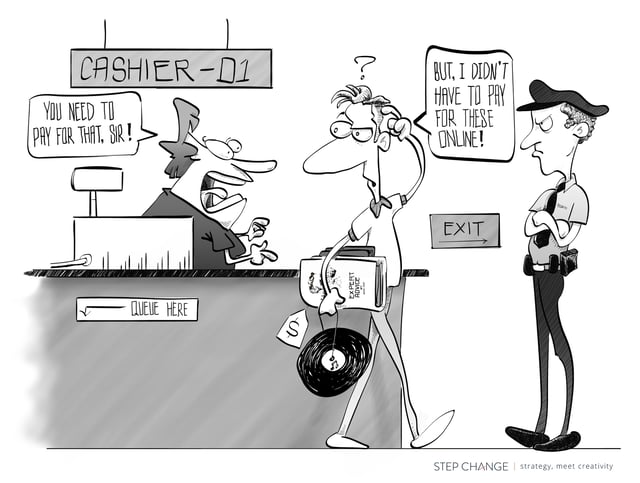 So the question is, how on earth are you supposed to make money from a commodity?

There’s good news: there are alternatives to racing to the bottom on price.

The bad news? You may have to change your business model.

In his recent book, The Inevitable, futurist Kevin Kelly asked the question, “What will people pay for in a world where so much is available for free?” He provided eight alternatives that he called “better than free”. That is, people will pay for them even when an alternative is available at no cost (or a lower cost).

While Kelly had art, music, and film in mind, there are actually lessons here for many businesses that deal in commodities, whether available for free or traded with slim margins.

In this blog, we go deep, looking at practical applications. So let’s explore how to apply them.

Immediacy: I want it now.

Airlines know that the way to a passenger’s heart is through a check-in queue that’s shorter than the one for everyone else. Time is money, after all. And have you noticed that Foxtel’s biggest promotions over recent times have been about watching The Walking Dead at the same time as it’s released in the US? People pay to get content as soon as it’s released, even if it will be available for free shortly after.

And it extends to products. On crowd-funding platform Kickstarter, 9 million people have funded more than 88,000 projects — all for a chance to get a product or a prototype before anyone else. Amazon has released its Prime service in 200 countries, charging membership fees for 2-hour delivery on commodity products.

So start charging your customer to be first in line. Allow access on opening night. Buck the trend and keep products in stock for immediate dispatch. There’s value in immediacy.

Personalisation: I want it my way.

What’s the most beautiful sounding word in the world? It’s your name. Go on, say it out loud to yourself. Isn’t that beautiful?

As soon as you’ve tailored a commodity for your customer, it has a new value. Consider these thoughts that apply to Step Change clients:

Whatever you do, put your customer’s name on it.

Interpretation: I want to know what it means for me.

Sure, Doctor Google has my symptoms listed, but what does it mean? There are endless news stories about President Trump, but how will it affect your business? In a world of limitless access to limitless information, interpretation is highly valuable.

At one extreme, the operating system Linux is completely free, but companies Red Hat and Apache both make money selling instructions and paid support to Linux users. Kelly suggests that DNA sequencing will soon become so routine that your insurer will offer it for free — then it’s the interpretation of the information that has value.

So don’t just give — interpret.

Authenticity: I want to know its origins.

Sure, a Hermes handbag can be bought for just twenty-five dollars on the streets of Hong Kong. But realistic as it may be — even if no one else knows it’s fake — the experience just isn’t the same if it’s not a real Hermes bag.

There’s value in brands because there’s value in heritage, providence, and origins. The genuine original work of an artist confers what’s called story value, the intrinsic value of being able to brag or hold someone’s attention with a providence story. Reprints, knock-offs, and copies just don’t have that value. (Unless they are copied in such a unique way, there’s a new story altogether — see the Next Rembrandt  painting, which was algorithmically created).

The brand is what ultimately delivers on authenticity.

So whether your authenticity reduces risk or tells a story, make sure you nurture your brand. It’s more valuable than a free alternative.

Accessibility: I want it when I need it.

As Kevin Kelly says, “Ownership can suck, it ties you up to your possessions”. Access now trumps ownership. “On-demand” beats “cluttering up my house”. Just look at the success of Spotify and Netflix. Initially, a meaningful alternative to the pay-per-piece iTunes, both of them have converted countless millions from trawling Pirate Bay for a free download to paid customers — all by providing easier access to content.

In the physical world, we have Uber and GoGet as alternatives to owning a car and innovators such as TechShop (a US chain of ‘hackerspaces’), where for a membership fee you can access the ultimate garage workshop, replete with tools like laser cutters, 3D printers, lathes, and mills.

So take a look at your business — what is every barrier, every step between your customer and getting what they want? It’s time to get the prunes and removing barriers to access.

Embodiment: I want an experience.

It still feels good to read a physical book, even if it costs more than the ebook. There’s value in seeing a real painting in the Louvre rather than just an image on a screen. A live concert has value beyond a recording. TED is more prestigious if you’re actually there. And going to an actual restaurant beats an Instagram ‘feed’.

Cinemas have recognised the impact of the internet on their business, hastily transforming to a destination for an experience (one Australian chain even going so far as to rebrand itself as Event Cinema), with gold class, upgrades, and gourmet food.

And while many businesses in the B2B space have relied for decades on the strength of relationships, those relationships are being whittled away by disintermediation and direct-from-internet ordering.

So how can you embody an experience? Create something your customers will remember and return for.

Patronage: I want to see you succeed.

In 2007, Radiohead released a new album, In Rainbows, online using a “pay what you wish” model. On average, they made $2.26 per download. Remarkably, this earned them more than all of their previous albums combined (albums released through record labels that take the majority of the margin).

More recently, the book Chapter One: The Thank You Story was released with a “pay what you feel” model. They sold 70,261 books (as at January 2017) for $1.696 mil ($24 per book on average). In both these instances, the product was available for free. So why did people pay anything at all?

Deep down, avid audiences and fans want to pay creators because it helps them feel connected with people they admire and it’s a token of appreciation. So even though there can be free or low-cost alternatives, there’s a willingness to pay. However, Kevin Kelly believes they will only pay if all of the following four conditions are met:

This desire has led to new business models, such as Patreon. Patreon is a remarkable platform that allows people to make micropayments to content creators they admire. In September 2016, Amanda Palmer had commitments for $35,541 per song she releases, while others, like the blog Wait But Why, earn $13,496 per month from their 4,340 fans. This is the ultimate embodiment of the 1000 true fans approach, allowing people to build a community of fans and live off their contributions.

The desire for patronage also drives the desire to tip wait staff or to buy socks that contribute directly to a community.

So for every business owner: are you drawing the connection between your customers’ payment and the people that benefit?

Discoverability: I want to find more things I’ll like and skip the things I won’t.

With boundless information available, there’s boundless trash to wade through.

A few years ago, the US magazine TV Guide had a million subscribers who paid the magazine to point them to the best shows on free-to-air TV. Being so easy to produce and such a high margins product, the magazine allegedly made more profit than the three biggest networks combined. The key insight here is that there’s value in being guided to something you might like, skipping the things you won’t. Spotify “radio” playlists, Kindle’s book reviews by others, Netflix’s recommendation engine are just some examples. In fact, guided discoverability is so important that Netflix awarded a million-dollar prize to a team that improved their recommendations algorithm by 10%.

In other industries, discoverability is taking the form of curated product listings. Several of Step Change clients, all wholesalers of industrial products, create regular content that shows what’s coming up in an industry — putting them at the centre of the discovery.

So instead of selling, can your business help customers discover?

Clients and competitors are driving down value, and the expectations are going up. So what are you going to do? Remember, there is always something that’s better than free.

With a degree in Industrial Design, Adam has been trained to look at problems from unique angles and create solutions that are simple, effective and always innovative. He brings this innovation focus and clarity of vision to his role as the Executive GM of Step Change, building strategies for the likes of Sony Pictures Home Entertainment, Amber Tiles, and HP. 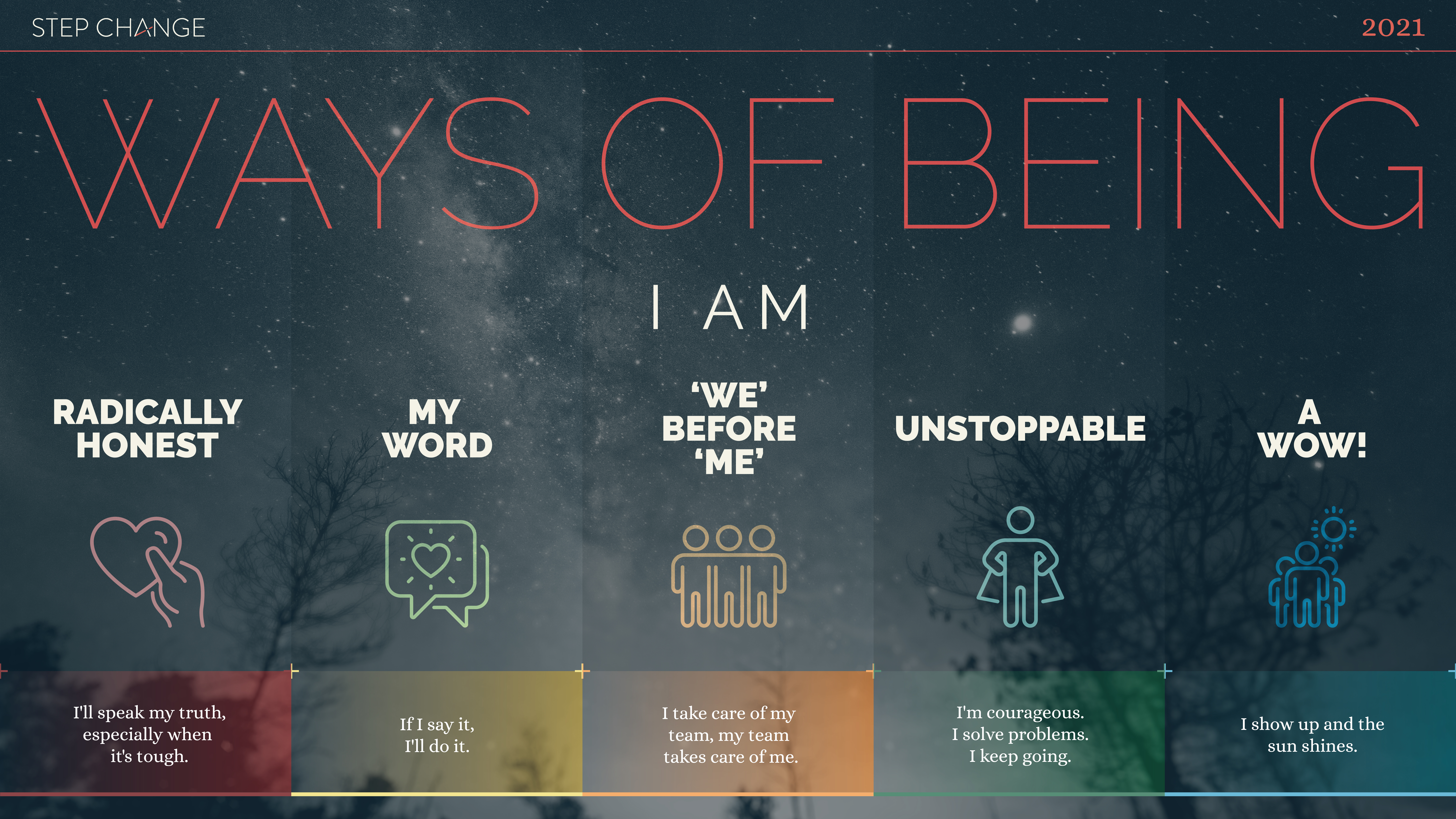